skip to main | skip to sidebar

Today I thought I would share some photos of a unique third party expansion bus and related manuals that acquired some 20 years ago.

The photos are of the C-C Bus produced by PBJ Inc of New Jersey, and this particular unit was sold by Acorn Computers of Wisconsin.

I have never connected this expansion bus to any of my CoCo's, so it's state is unknown. I will post updates  as I continue with my explorations in retro-computing and get my CoCo systems back up and running.

Here is a link to an article on various 3rd party expansion buses for the Radio Shack Color Computer: 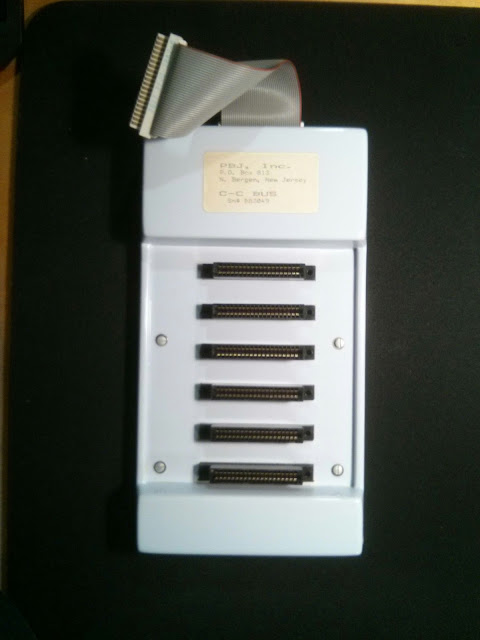 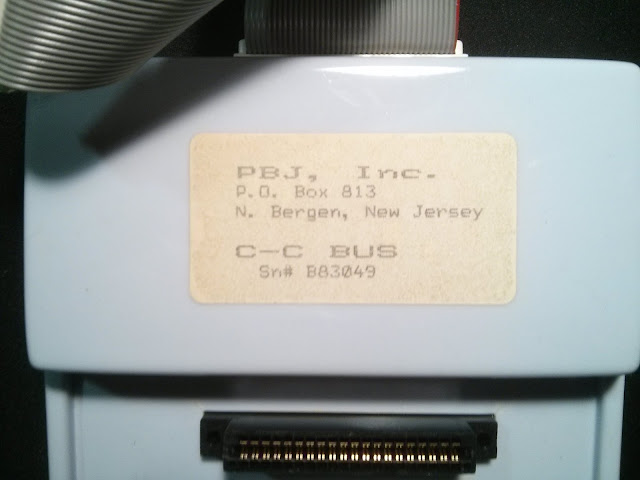 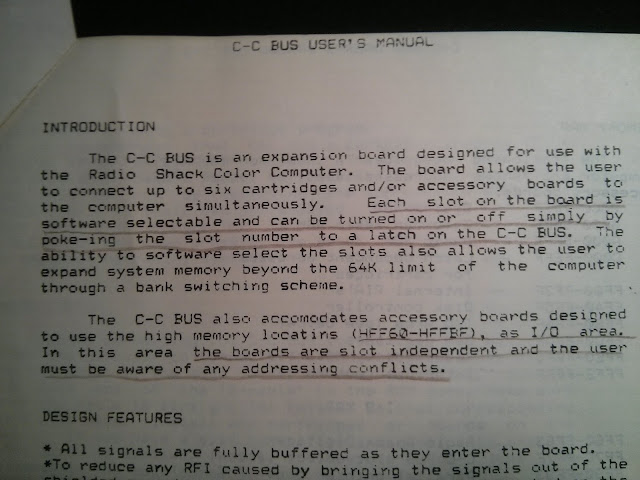 Today I started sorting out my collection of Radio Shack Color Computers, and not only did I rediscover the TDP Electronics System 100 I posted about a few posts back, but I also found two white full case Color Computers.

These are 64KB systems, and unlike the TDP System 100 the case style is the same as the original battleship gray Color Computer 1

Here's is an image of the first system I came across: 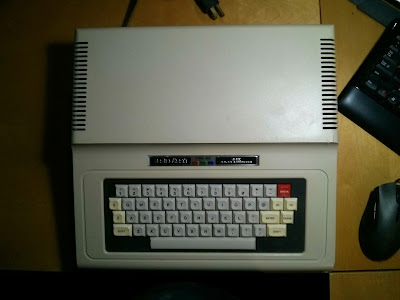 And here is an image of the second white CoCo. Note the LED next to the label: 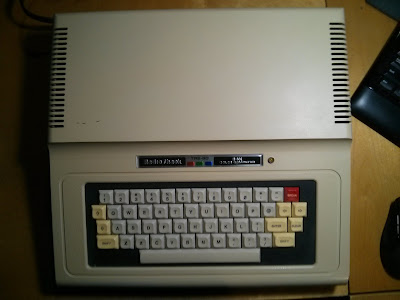 Eventually I will power these up and play around with them, but the first order of business is to get a CoCo 3 system set up, and start archiving my software.


Feel free to comment about this or any posts on this blog, and also let me know if you have any suggestions for sites that should be in the sidebar.
Posted by MIBA51 at 5:47 PM No comments:

I received my copy the day before Christmas, and I am really enjoying the read. Members of Facebook group for the book are also giving high praise to the book and it's authors. You can find the Facebook group by searching for the title.

There are also several posts about the book on this blog's G+ page, and in the Color Computer G+ community. 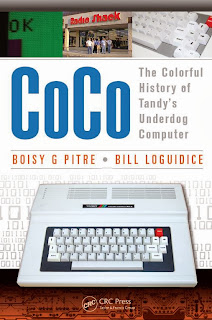 Though the book chronicles the history of the Tandy Color Computer I believe many retro-computing enthusiasts will enjoy reading the book and appreciate the historical information it provides so check it out. Cheers ~ Jim

Recently while sorting through my collection of Radio Shack Color Computers I came across a beastie that I long forgotten about - a TDP System 100 or the mythical White Color Computer 1.

Most Color Computer 1s had the Tandy "battleship gray" finish, so white ones are not all that common.

Here is a link that can provide a little more information - http://users.digitalindigo.net/~techno/coco.html

Below are some photos of the beastie: 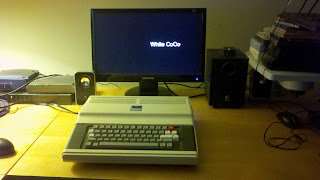 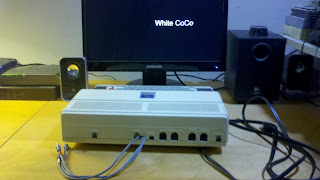 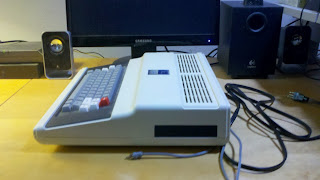 So it appears that the "Moby Dick" of CoCo 1s does exist ;-)

BTW, I am still looking for contributors for this blog, so if you are interested in contributing or have news you would like me to post then feel free to drop me a line.

Just a quick note that there was a post on Slashdot recently about Atari issuing a Cease and Desist order against atari2600.org.

And here is the AtariUser article that the Slashdot article referenced:

Please take a moment to read both articles, and feel free to comment here if you wish. This is just ridiculous! Retro-computing fans are the ones that have helped keep the Atari brand alive.

Recollectionware: The AMIGO computer (not to be confused with the AMIGA computer)

OK, I need some help from the readers of this blog. About the time I was getting out of college (1982) I remember reading an article in one of the computer magazines about a new computer coming out called the AMIGO (not to be confused with the AMIGA computer).

It was supposed to be a modular systems with a backplane that would allow users to run software from various other computer systems by the use of plug in cards which had different processors on them.

For example if you wanted to run TRS-80 software on your AMIGO you would plug in a Z-80 card that not only had the Z-80 processor but also sockets for TRS-80 ROM. There was also supposed to be a 6502 card for the Apple II.

I vaguely remember visiting a local store that was supposed to have one, but I cannot remember if there was one at the store of if it was "on order" (read vaporware).

Does anyone know if the AMIGO computer was ever built, or if it was just vaporware. If it was built, does anyone have one in there collection and would they be willing to provide a photo I can post on the blog?

Drop me a line or leave me a comment if you have any information about this 80's era computer.

Jim Cox
PS: If you are asking what the Hell is "Recollectionware", well it's that memory of some technology from the past that sticks in the back of your mind and not only drives you nuts, but drives your friends and coworkers nuts because you are constantly asking them about it, and their memory is worse than yours.
Posted by MIBA51 at 1:34 PM 1 comment:

Yeah, I know it's been a while, I profusely apologize for not posting sooner.

I just added a couple new links (Retro Isle, and Retrocomputers) and I am finally catching up with the email.

One interesting email I received included a link to a site of music made entirely on Atari XL/XE computers and recorded on an Atari800XL. If 8-Bit music is your thing then check out YERZMYEY - "XL DIGITAL" (July 2010). I haven't downloaded anything from the site, and the email address of the person who sent me the link is no longer valid, so download at your own risk and if you do be sure to let me know what you think.

If you are in to classic retro computing video's then out QLvsJaguar's YouTube Channel for some really great videos.

I can always use more news so be sure to keep the emails and links coming, and yes, I promise to post them more promptly.

This blog is for members of the 8-BIT RETRO COMPUTING group on Linkedin.com, and for anyone else who has an interest in retro computing.

If you are a 8-BIT RETRO COMPUTING Group member, and you would like to write retro computing related posts for this blog then please contact the group moderator. You must have either a GMail/Google account to be granted "author" privilages for this blog.

Would you like to join the 8-BIT RETRO COMPUTING Group on Linkedin.com? You need to have a Linkedin.com account to join. If you do, then just click here.

If you are not a group member, but are just passing through and have a suggestion for this blog, feel free to leave a comment.

There is a lot more to be added, so please come back again real soon.

Atari Links including the ST/STE and game systems